I am still digging out from some time away, but I wanted to drop a quick note on the process to update the Elastic Stack to 7.7, which includes a new Cases feature in the SIEM. 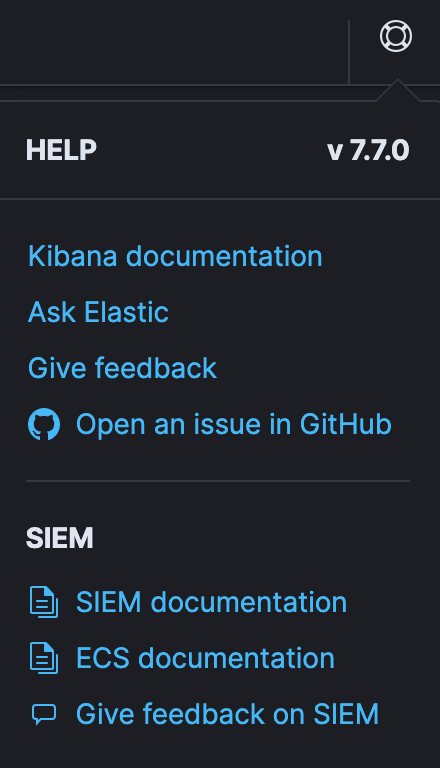 If you’re interested in the full release notes for 7.7.0, you can check them out over here, but I wanted to highlight the new Cases feature.. It’s still Beta, but it’s a good start and with Elastic’s aggressive release cycle, I expect this to mature rapidly.

Before we get started, yes I am a contributor to the ROCK project and I work for Elastic. I have only done limited testing with 7.7.0 and ROCK, so please don’t do this on a production system. I speak for neither project or company.

Next, let’s update the stack.

Let’s test to make sure the update worked with curl localhost:9200 and you should see 7.7.0 as the new Elasticsearch version.

Now that we’ve updated the stack, we can move on to explore Cases.

For this, we can just use some packets from the Hancitor malware I discussed a bit ago (see the packets above). 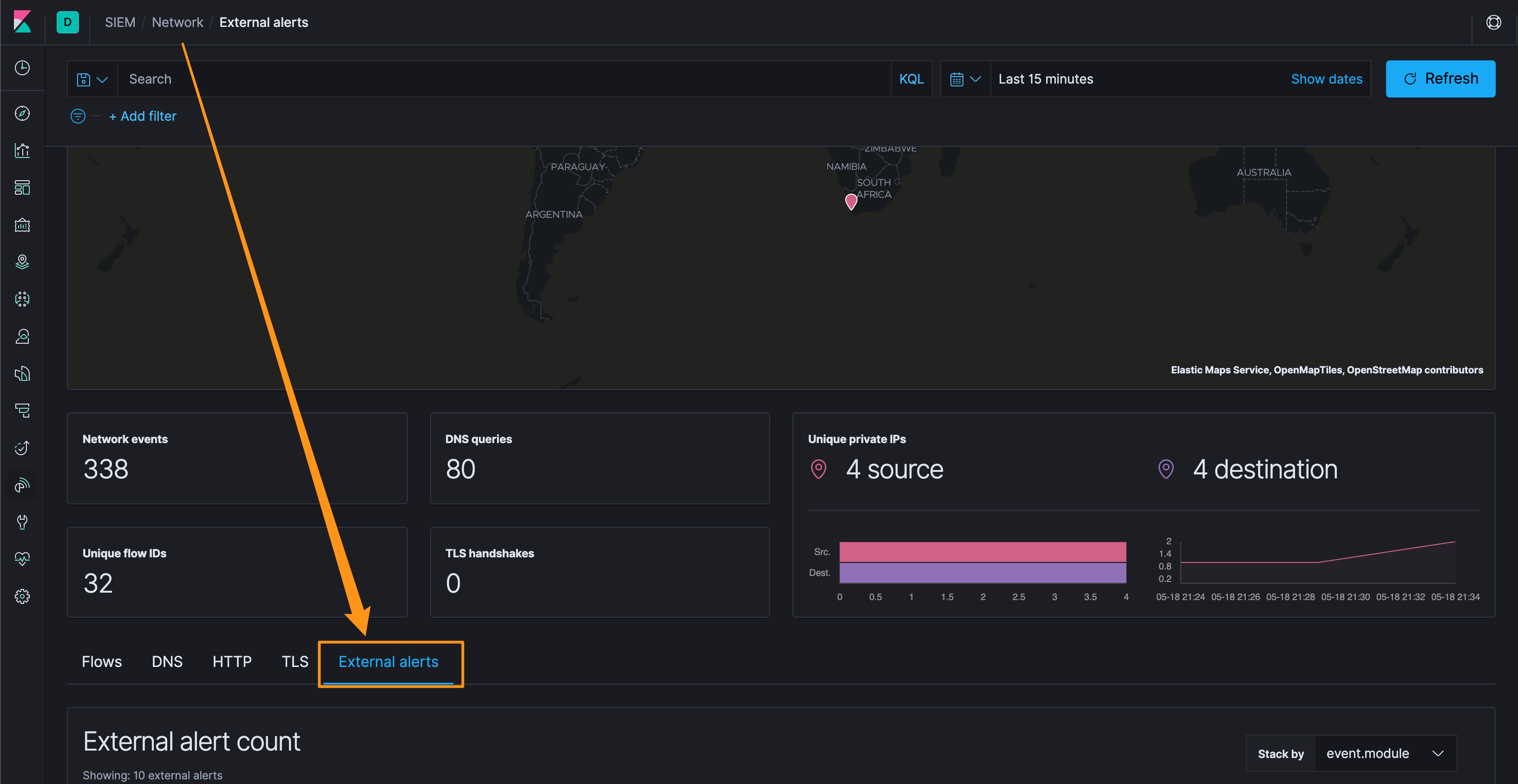 Let’s grab one of the events, ET MALWARE Fareit/Pony Downloader Checkin 2 and click and drag it onto the “Timeline” sidecar on the right-side of the screen. Click on the Timeline to open it, drop down the events, poke around, give it a name, etc. 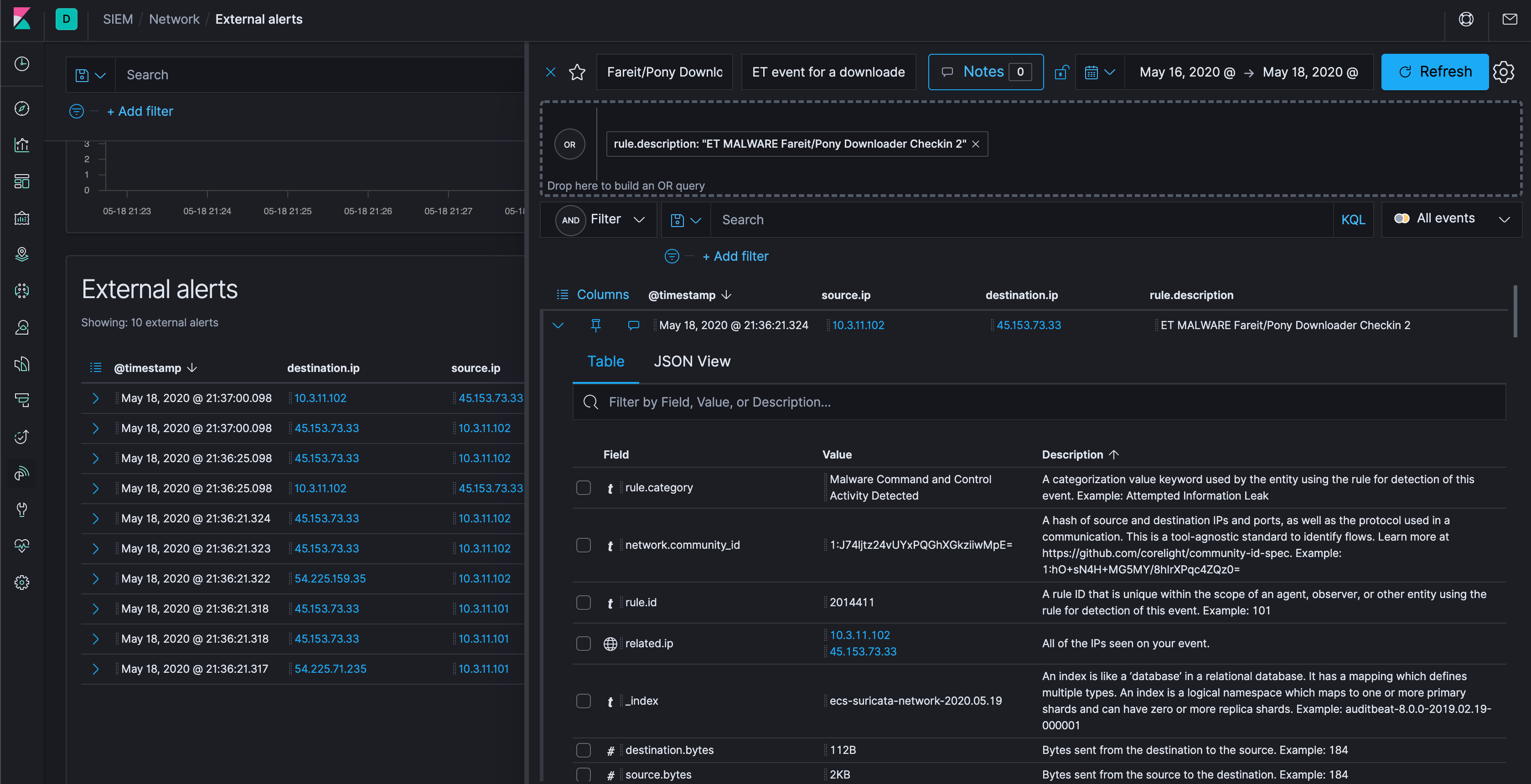 Now that we have a Timeline event, let’s check out the Cases tab. Now, integration with 3rd party systems isn’t part of the Basic License, but you can still do some basic case management.

Give the case a name, a few tags that make sense, and add the Timeline we just created. Of note, everything is in Markdown, so the syntax is standard and doesn’t have a sharp learning curve…not to mention sidestepping the formatting silliness you get when you copy/pasta into document editors.

Now you’ve got an open case and you can make notes. When you’re done, you can close the case.

Again, it’s still beta right now, so there is just basic functionality; but with Elastic releasing huge updates every 9-10 weeks, getting familiar with the basics will get you that much further along when the features start rolling in.

Until next time, cheers and happy hunting!